Do you work for a not so great leader? 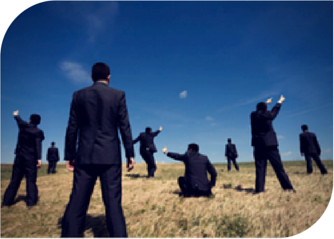 Do you work for a not so great leader?

I recently read the best-selling biography of Steve Jobs by Walter Isaacson. The book offers a revealing look at what the author calls ‘good Steve’ and ‘bad Steve’.

‘Good Steve’ was brilliant, charismatic, a champion for excellence and an alchemist who turned a moribund computer company into gold. ‘Bad Steve’ was petulant, rude, spiteful and controlling, a man who thought nothing of publicly humiliating employees and taking the credit for others’ work, throwing tantrums when he didn’t get his way.

So would you define Steve Jobs as a good or bad leader? Can leaders who lack emotional intelligence, exhibiting large blind spots regarding their own behaviour and who would be difficult to work for, still be a ‘good’ leader when it comes to results for their organisation?

A lot of my work is to help develop more self-aware leaders who exhibit adaptable behaviour. That is; leaders who are engaged but are also engaging to others, and who know when to push and drive and when to nurture and encourage their teams to get maximum engagement and performance. I am a firm believer in balance when it comes to getting maximum job contribution and maximum job satisfaction.

I like Apple products and I have a deep respect for those who have created them. These products and their creators have made my life easier in many ways. Though I never met Steve Jobs, it seems many who knew him found him difficult to work with. When it comes to leadership style, Steve Jobs could be considered a tyrant. He was said to be obsessively controlling and given to fits of rage, throwing tantrums and yelling at employees and board members. He could tear down someone’s ideas, or the person themselves, in a public display. Some have said he took credit for others’ ideas, and his confidence led to an over-the-top arrogance.

Researcher and author Jim Collins investigated characteristics of great companies and their leaders in his best-sellers on management ‘Good to Great’ and more recently ‘Great by Choice’. Collins points out that our culture has fallen in love with the idea of the ‘celebrity CEO’, described as charismatic egotists who swoop in to save companies and grace the covers of major magazines. This fuels the mistaken belief held by many directors that a high profile, larger-than-life leader is required to make a company great. ‘We keep putting people into positions of power who lack the inclination to be a multi dimensional leader’ says Collins.

Collins spent a great deal of time differentiating between what he called ‘Level 4’ and ‘Level 5’ leaders. The basic difference between these two is that while both have overwhelming success when at the helm of their companies, Level 4 leaders do not set their organisations up for success after they leave. In contrast, Level 5 leaders set up a sustainable culture where there is a shared leadership and multiple leaders throughout the organisation contributing to success.

Both levels of leaders exhibit extreme passion and drive for success and they are effective in that they both stimulate higher levels of performance for their company. However they differ in their motivation for success.

Level 4 leaders tend to be self-serving and ego driven, and the key distinction is the Level 4 leader’s drive is more for personal gain than for the benefit of the institution. Their larger-than-life personas are in stark contrast to the Level 5 leader’s understated modesty.

According to Collins there are five attributes that typify the Level 5 leader:

How many of these attributes would you attribute to Steve Jobs? How do you fit against Collins criteria? How many would you tick for your own leaders?

While Steve Jobs was a successful leader, entrepreneur and visionary, he fell considerably short of the qualities possessed by the very best leaders. This is a case where Jobs’ business success and his charisma, overshadow all of his bad qualities and behaviors, and that is why I think that Steve Jobs is a leadership scholar’s nightmare.

It makes us wonder what Steve Jobs would have been like if he had all of the qualities and behaviors research shows are practised by the very best leaders. He might have been someone who truly deserves everyone’s admiration. My fear is that future leaders may follow in Steve Jobs’ path, thinking it’s ok to behave badly as long as a leader is successful in business. Instead, I would rather that people critically analyse Jobs’ leadership style and learn how to be better leaders.

I sense an increasing societal unease with the emergence of celebrity leaders who care more about themselves than they do about the institutions for which they are responsible. Smart people instinctively understand the dangers of entrusting our future to self-serving leaders who use our institutions — whether in the corporate or social fields — to advance their own interests. Collins provides us with hard empirical evidence which indicates such leaders are negatively correlated with sustained long term positive results, and this evidence should bolster courageous boards. Finally, and perhaps most important, I am absolutely convinced that the seed of Level 5 leadership, that is leadership which is multi-dimensional, emotionally sound and engaging, is widely dispersed throughout society. It can be identified, it can be cultivated and it can be developed. Given encouragement and the right tools, it will flourish. And if it does, so will our institutions.

Apple has had a great decade and is still achieving great success with the release of the IPhone 5 this week. Only time will tell how well Apple sustains the success Jobs enjoyed, now that Tim Cook is leading the charge.

Was Steve Jobs a great leader? Was he a Level 4 Leader? What do you think? Comment on our LinkedIn Discussion Page

Other attributes of Collins’ Level 5 Leaders

On the one hand… Creates—and is a clear catalyst in creating—superb results. Yet on the other hand… Demonstrates a compelling modesty, shunning public adulation and never boastful.

On the one hand… Demonstrates an unwavering resolve to do whatever must be done to produce the best long-term results, no matter how difficult. Yet on the other hand… Acts with quiet, calm determination and relies principally on inspired standards—not an inspiring personality—to motivate.

On the one hand… Sets the standard of building an enduring, great organisation and will settle for nothing less. Yet on the other hand… Channels ambition into the organisation and its work, not the self, setting up successors for even greater success in the next generation.

On the one hand… Looks in the mirror, instead of the window, to apportion responsibility for poor results, never blaming other people, external factors, or bad luck. Yet on the other hand… Looks out the window, instead of the mirror, to apportion credit for the success of the company—to other people, external factors, and good luck.