Monsters in the Workplace – Narcissistic Leaders 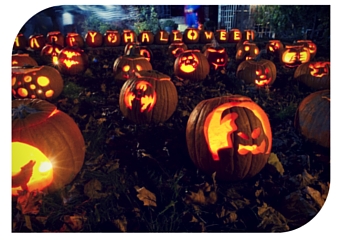 Trick or Treat? Halloween is only once a year, but as we’re all too aware, monsters can lurk in our midst at any time. Many workplaces have monsters of their own, and one of those is the narcissist. You know, that colleague who somehow manages to revert every topic of conversation back to himself; the manager who is always bragging about having the latest, greatest achievement; the executive who declares constantly that she is smarter and just generally better than you at everything.

That endless self-centredness is classic narcissism, but sometimes the signs of narcissism are a little more nuanced. So how do you spot this kind of monster, and what can you do to deal with them – and not get hurt?

As a leadership coach and manager I’m mindful that much of my work involves coaching social, communication, empathy and leadership skills. But I am also aware that if there’s a narcissist in the room, I’m offering them new skills with which to ‘monster’ other people for their own benefit. Narcissists pose a complex problem.

According to Dr Joseph Burgo, author of The Narcissist You Know, “Narcissism exists in many shades and degrees of severity along a continuum”. We can all display narcissistic behaviour at times, but a true narcissistic personality has at its heart two key features: a lack of empathy for other people and an inflated sense of self-importance.

Other researchers have found that there are two quite different underlying patterns of narcissism, and it’s important to know the difference if you’re to handle them appropriately.

A vulnerable narcissist has a weak inner core – their self-centered claims of greatness mask low self esteem, even when they may in fact be high achievers. Believing they are worthless and incompetent, they bolster their ego by undercutting and obstructing others’ achievements – often sneakily.

A grandiose narcissist on the other hand isn’t masking anything. They truly believe in their own greatness, and may even be almost as good as they think they are. They can also be Machiavellian (manipulative) in their efforts to stay on top, and may go to extraordinary lengths to ‘score points’ off others.

Recent research on grandiose narcissists has revealed a new and intriguing piece of evidence that we can add to the jigsaw puzzle of narcissist behaviour. A team of Hungarian researchers scanned the brains of narcissists who scored highly on the Machiavellian scale during a simple game of trust. They reported in the Journal of Brain and Cognition that their brains went into overdrive when they encountered a partner who exhibited signs of being fair and cooperative. Why? Tamas Bereczkei and his team say it’s because, if you play fair, Machiavellians brains go into a spin to work out the best way to take advantage of you. But playing hardball doesn’t get you anywhere — when you’re mean to them, their brains barely fire a synapse in response — antagonism is what they expect from others, and they’re well armed for it.

So how do we navigate through the monsters among us? Dr Susan Krauss Whitbourne says that, handled properly, the grandiose narcissist can be your best ally if you need to put other people to best use – as long as you can get them on board with your goals. If they’re given the right level of reassurance, the vulnerable narcissist can settle down and focus and can even change with enough support.

Writing in Psychology Today, Whitbourne has proposed eight points for dealing with narcissists:

It is of course possible to have some traits of narcissism without having full-blown, clinically diagnosed narcissistic personality disorder, which is when narcissism starts to have a serious, negative impact on our workplace, everyday life and relationships. Hopefully the tips above will give you some pointers on how to deal with colleagues anywhere on the narcissist spectrum, and to keep the monsters at bay this Halloween.

Do you work with a monster in your workplace? What are your strategies for keeping it functional?